Opening Concert for 2022 Shipley Arts Festival: ‘A Change of Season’ 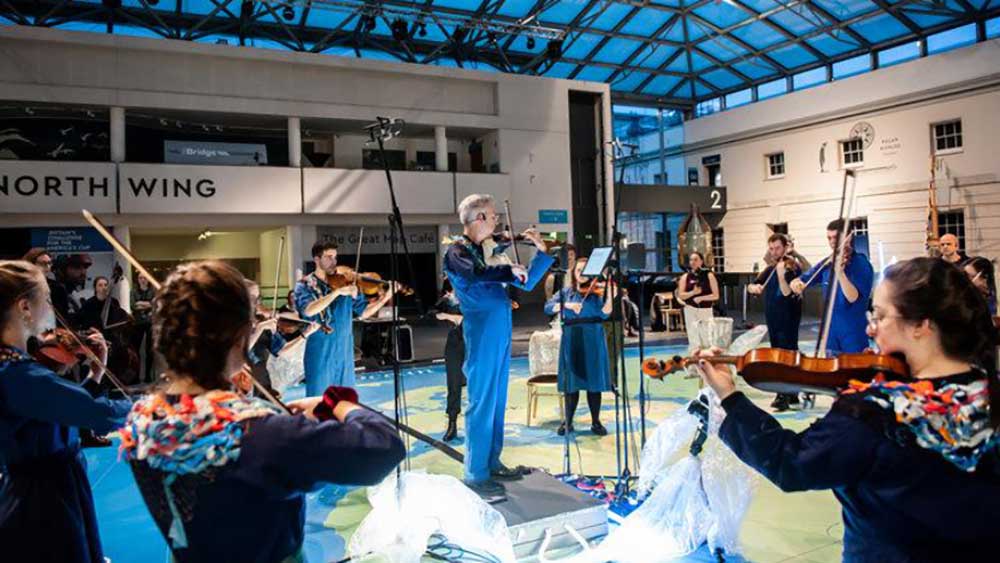 ‘A Change of Season’ devised by Nic Pendlebury.

From the bird song of Spring to the cracking of ice in Winter, Vivaldi captures the extraordinary sounds of the changing seasons in his iconic work. In this new interpretation, which combines music, sound and movement, the score is brought to life; hear the Seasons as they should be.

Hollie Harding’s Melting, Shifting, Liquid World looks at the fragility of our modern world. Where melting ice caps and the pollution of the sea threaten our very existence; the Seasons as they may become. As an audience, you will be able to move through the orchestra, wearing bone conduction headphones that enable you to hear the score on three levels.

There will be two performances and purchase of a ticket will get you entrance to one or both performances.